A woman’s menstrual cycle is a very important part of her life. There are a lot of factors that can disturb this cycle. One of the main factors that are commonly involved in an unhealthy alteration of a period cycle is a polycystic ovarian syndrome. It is a common condition found in females that alters not only the period cycle but a number of other hormonal functions of the bodies.

With the great rise of awareness amongst women about this syndrome, a number of facts have come to surface. But along with these facts, come a great number of myths too. As important as it is to be aware of these facts, it is equally important to put an end to these myths.

Read more:  How to Give Deep Tissue Massage

Contents hide
1 5 MYTHS ABOUT PCOS:
1.1 1) PCOS Means Cystic Ovaries
1.2 2) PCOS Will Give You Excessive Hair Growth
1.3 3) PCOS Means Infertility
1.4 4) PCOS Only Affects Your Menstrual Cycle
1.5 5) PCOS Is Always Clinically Seen
2 5 FACTS ABOUT PCOS:
2.1 1) PCOS Increases Risk For Diabetes
2.2 2) Women With PCOS Can Have A Normal Period Cycle
2.3 3) It Is Harder To Lose Weight With PCOS
2.4 4) A Healthy Lifestyle Is Essential For Women With PCOS
2.5 5) Women With PCOS May Show A Greater Muscle Built
3 Conclusion

2) PCOS Will Give You Excessive Hair Growth

While it is true that women with PCOS experience excessive hair growth, it isn’t true for all. Hirsutism, which is abnormal hair growth in women, is caused by high levels of androgen. And like a gynecologist of Brisbane, a number of other gynecologists will tell you the same. That PCOS does not necessarily mean high androgen in all women. So you may have PCOS but not hair growth like some other women do.

A large number of people automatically associate PCOS with infertility. But that isn’t right. Infertility may be one of the complications presented by PCOS, but it is not always associated with it. On one hand, where PCOS may make it hard for a woman to get pregnant, a great fraction of women with PCOS are able to conceive and bear a child. So it is wrong to say that PCOS definitely means infertility.

4) PCOS Only Affects Your Menstrual Cycle

This is another wide misconception regarding PCOS. PCOS is not just associated with your menstrual cycle. It impacts a woman’s health in multiple ways. It may induce diabetes or heart problems. It is also capable of triggering depression and anxiety. And these are just a few of its impacts. PCOS needs to be diagnosed and treated actively for a healthy life.

A lot of people think that a person with PCOS will present with a set of clinical symptoms that will aid in its diagnosis. But that is not true either. There are a number of women who have PCOS but remain undiagnosed due to a lack of any clinical features. Or most of the time, symptoms of PCOS like acne, mood swings and irregular periods are diagnosed for stress. So it is possible that you may have PCOS but simply weren’t diagnosed due to improper diagnosis.

Women with PCOS are known to have an increased tendency of developing insulin resistance with progress in age. On average, about 40% of women that have PCOS are sure to be diabetic or at least prediabetic by the age of 40. This means that PCOS does increase the risk of women getting diabetes

2) Women With PCOS Can Have A Normal Period Cycle

3) It Is Harder To Lose Weight With PCOS

4) A Healthy Lifestyle Is Essential For Women With PCOS

5) Women With PCOS May Show A Greater Muscle Built

A common observation may reveal that a number of women with PCOS have a greater muscle build-up than other women. This is simply due to the excessive levels of testosterone that is released in the body due to PCOS. This testosterone is also responsible for other manly features such as facial hair.

PCOS is a very common battle fought by women in the present era, yet still, one that is largely left unaddressed by a greater part of the population. For women with PCOS to be able to live a perfectly healthy life, it is important that greater awareness must be raised so that every woman with PCOS is diagnosed and treated accordingly.

3 care you must apply to have shiny hair

Mon Apr 20 , 2020
Shiny hair depends on many factors: from the observance or not of good habits, environmental pollution, the products used, etc. What can we do to have healthy and strong hair? Shiny hair is undoubtedly the dream of every woman, and of many men too. But for hair to shine, it must be […] 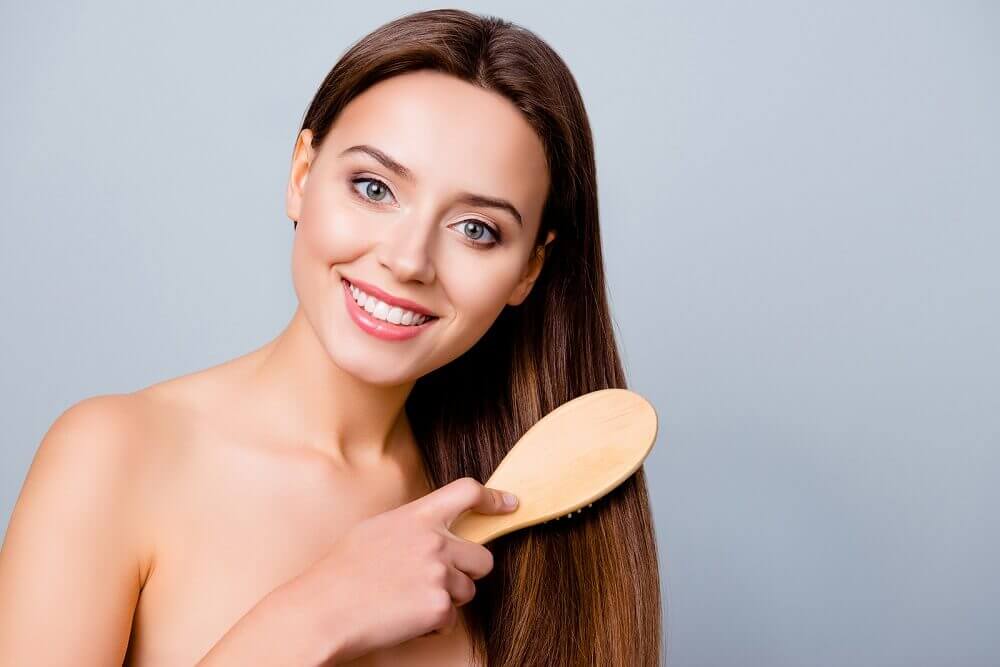